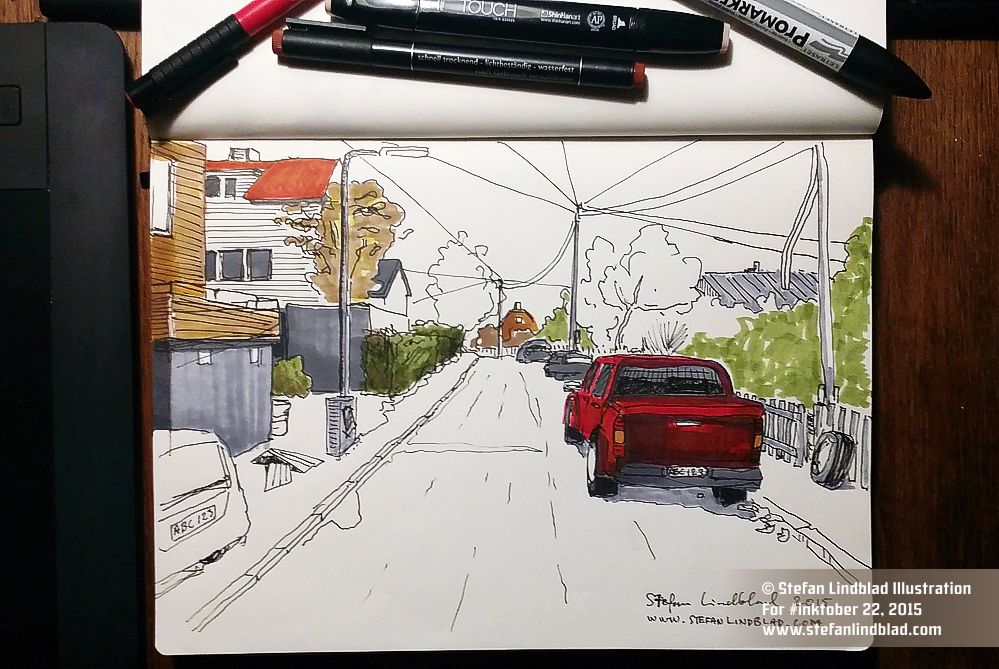 The urge to invent new movements on a almost daily basis, is somewhat… well, misleading, when it often really is far from new. And instead is something that should be labeled as reinventing the wheel.
No offense, but this quote from Wikipedia on the so called movement Urban Sketchers, is just wrong, in some respect:

“The Urban Sketchers movement was started on Flickr in 2007 by journalist Gabriel Campanario”.

No, it was not something new, only the labelling of it. That is, the movement that started 2007. It’s wrong if you acknowledge the fact that artists and alike have been drawing on site where they live or travel to, for hundreds and maybe 1000 of years before year 2007.

If I just go to myself. I have done urban sketching and landscape and rural sketching since at least age 16, when we moved into town. And I was 16 years old way before 2007.

So, although I like the concept and exercise it daily myself- drawing – it is far from new. Yes, if you dress it in new clothing and present it as something unique and new, people of today with an Internet of constant search for being part of something, I guess you could label it as new. But it just ain’t.
What it is, is a great way for people to have inspiring fun together.  Sharing experiences and artistic life. But just not a new thing started 2007.

Illustrator and graphic designer and artist

Today I read about David Lagercrantz and the Millenium book, and started to draw a portrait of him, as seen here. And came to ponder of how different the reactions over the book release is, depending on which country, and the context in which it is discussed. Outside Sweden and sweden´s cultural elite and media…